Call us now !
Send us an email
Find us on the map

From vision to action to achieve SDGs
A paradigm shift from economic to sustainable competitiveness
The Opinion of the European Economic and Social Committee on ’Listening to the citizens of Europe for a sustainable future’ defined “Sustainable competitiveness” as a model that balances economic prosperity, environmental issues and social inclusiveness. In this context, the sustainability adjusted global competitiveness index needs to take into consideration two new dimensions – environmental and social. This definition was presented in “The Sustainable Competitiveness of Nations” (with Sten Thore) online March 2016, Technological Forecasting & Social Change, Volume 106, May 2016, Pages 108-114 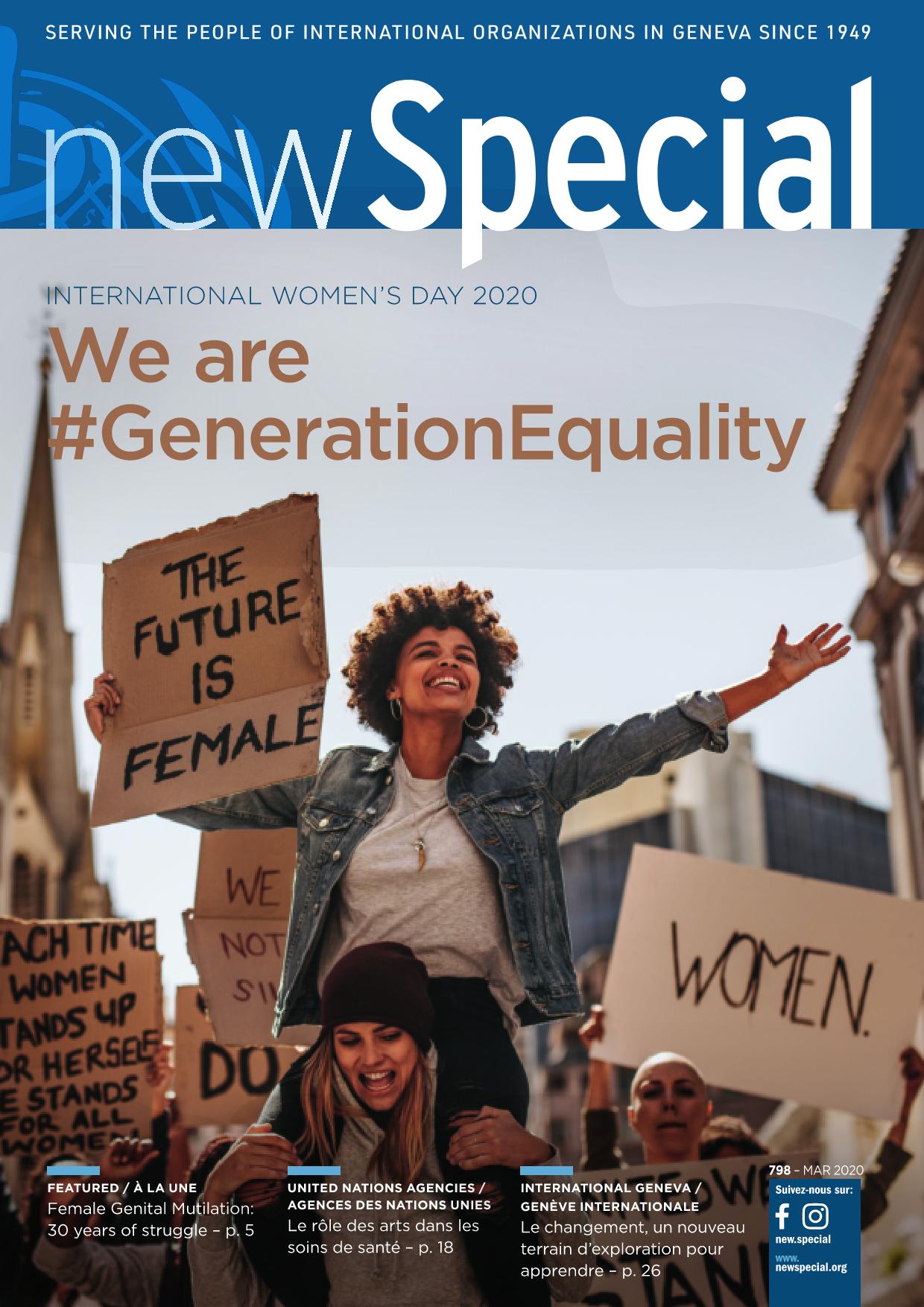 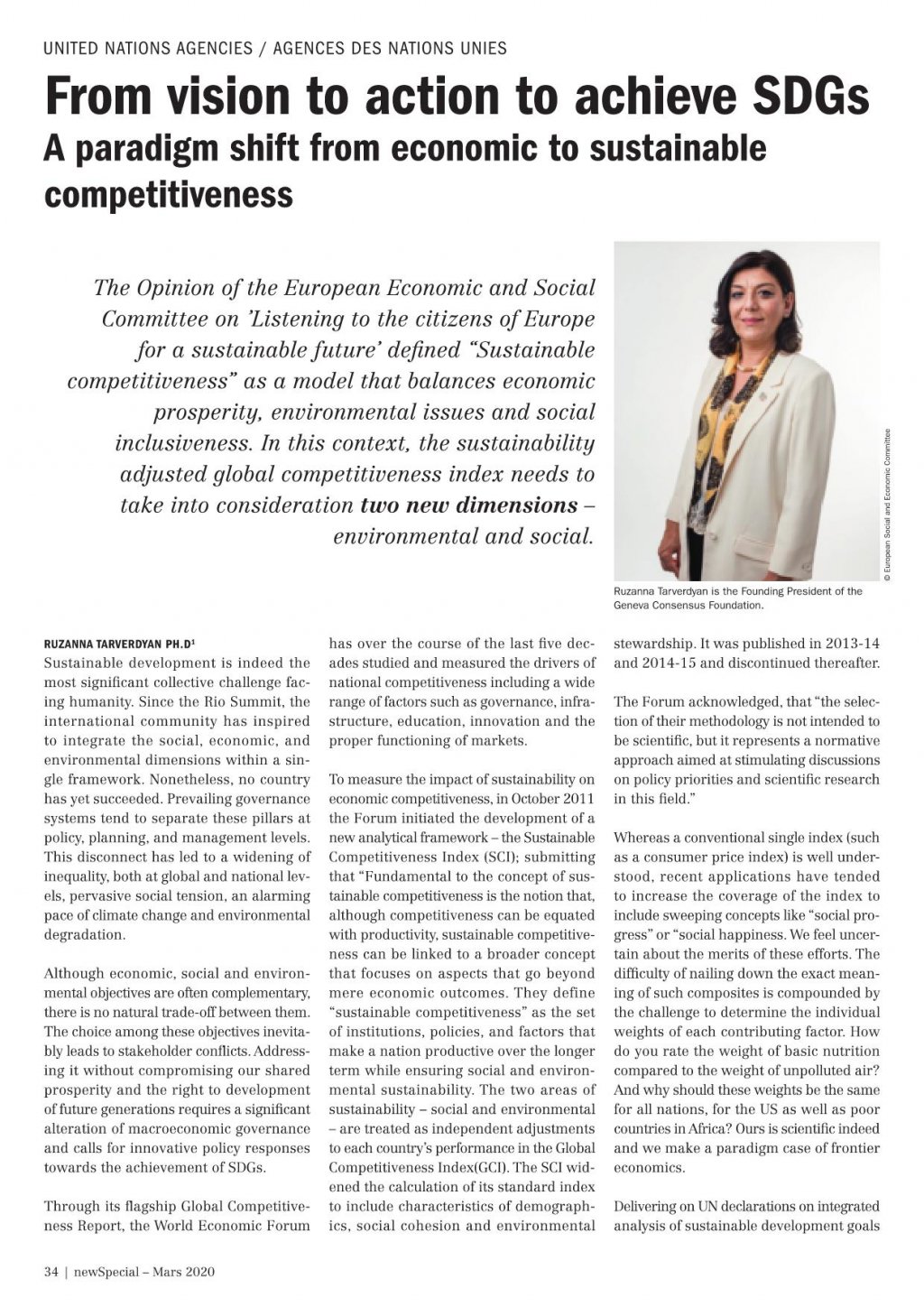 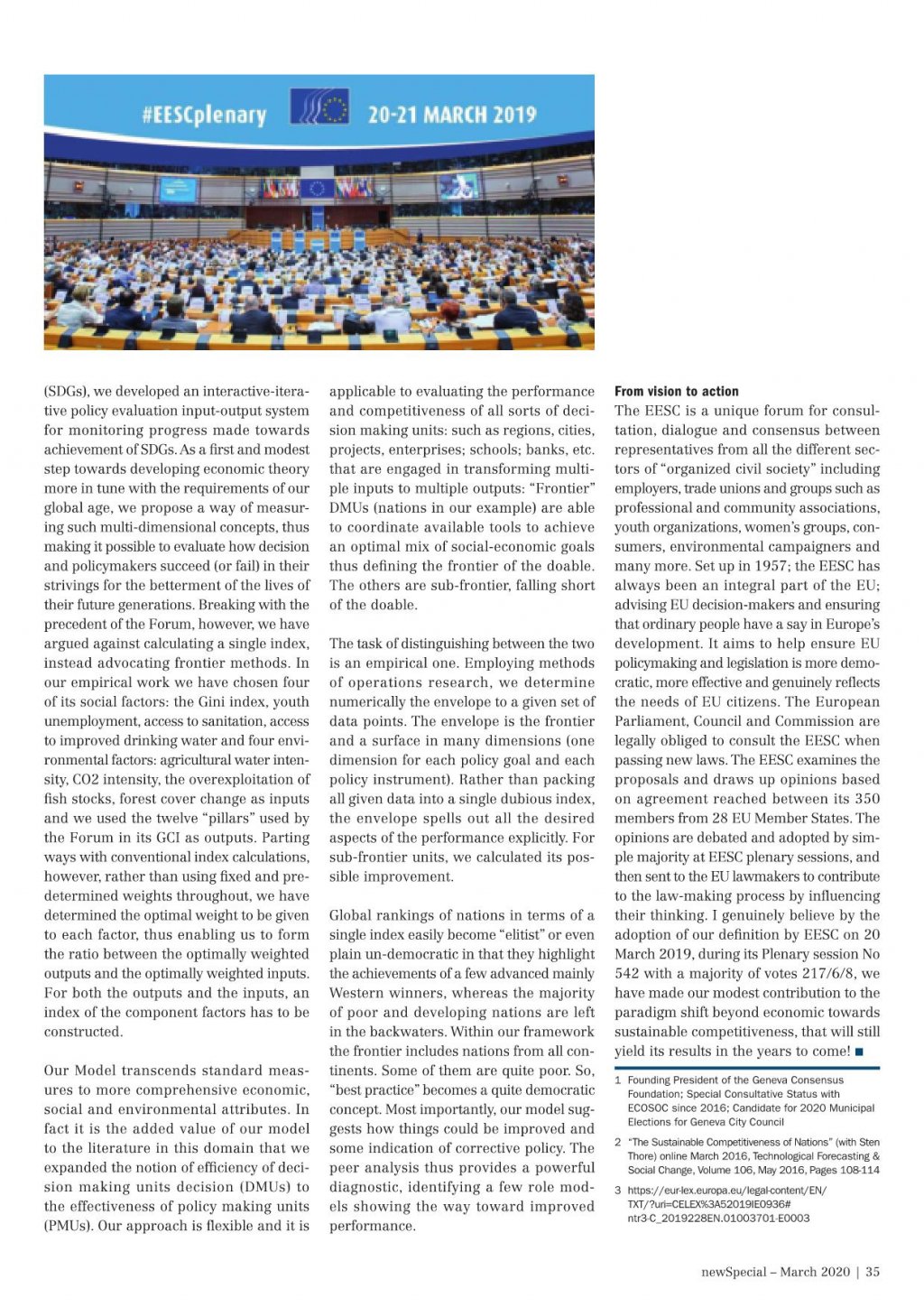 The EESC is a unique forum for consultation, dialogue and consensus between representatives from all the different sectors of “organized civil society” including employers, trade unions and groups such as professional and community associations, youth organizations, women’s groups, consumers, environmental campaigners and many more. Set up in 1957; the EESC has always been an integral part of the EU; advising EU decision-makers and ensuring that ordinary people have a say in Europe’s development. It aims to help ensure EU policymaking and legislation is more democratic, more effective and genuinely reflects the needs of EU citizens.
The European Parliament, Council and Commission are legally obliged to consult the EESC when passing new laws. The EESC examines the proposals and draws up opinions based on agreement reached between its 350 members from 28 EU Member States. The opinions are debated and adopted by simple majority at EESC plenary sessions, and then sent to the EU lawmakers to contribute to the law-making process by influencing their thinking.
We genuinely believe by the adoption of our definition by EESC on 20 March 2019, during its Plenary session No 542 with a majority of votes 217/6/8, we have made our modest contribution to the paradigm shift beyond economic towards sustainable competitiveness, that will still yield its results in the years to come!

TOWARDS A NEW SOCIAL CONTRACT

Public discussions of the current wave of globalization are increasingly focusing on its impact on sustainable development. New divergent views are emerging, as neither theory nor empirical evidence provide clear-cut solutions. Existing models fail to adequately capture the social and environmental impacts of various policies. 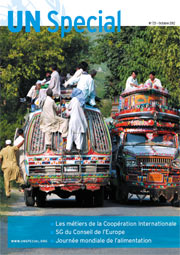 The notion of national income does not carry the same importance as half a century ago. Instead, the current economic debate focuses on new concepts, such as sustainable competitiveness of nations, resource-energy-efficient green technologies, or gender economics.

Along with remarkable progress in the fight against poverty and technological progress, the markets failed to deliver much-desired positive equitable transformation. Rather, they are credited with the persistence of widespread multiple deficits in terms of fiscal sustainability and decent work, a gap of 50 per cent in food, 45 per cent in energy, and 30 per cent in water consumption to be filled by 2030, etc.

To reverse the damage it is the time to revisit the current development paradigms and seek ways to ensure sustainable advancement of the world economy through new innovative policy packages aimed at managing globalization.

A paradigm shift is needed to enhance efficiency, effectiveness, transparency and accountability by means of creating a new “Geneva Consensus” as a new basis to manage globalization. This could account for the resultant multidimensional adjustment costs.

WHITHER SUSTAINABLE DEVELOPMENT?
The poor as an asset not a liability!
Mechanisms for participatory decision-making processes that will manage effectiveness-efficiency-equity trade-offs in globalization and will enable all development stakeholders to make informed choices and build a consensus on managing the process of globalization and plan future development policies of countries towards the achievement of the SDGs need to be developed. 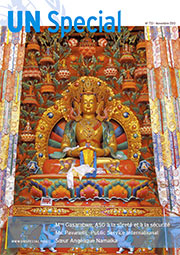 We submit that, only within a new global partnership will the global world be able to strike a balance and create the foundations for innovative policy packages ensuring convergence of the well-being of people, planet, and societal prosperity:
– understandings between developing and developed countries play a key role, both within country groups as well as in global society,
– through regional and global dialogue, a more inclusive form of globalization can emerge.
Consensus is the foundation of stability and sustainability, forging an international bi-polar, triangular, and global consensus is a potent mechanism for shaping national and international policies that are socially just, economically productive and environmentally friendly.
SUSTAINABLE GLOBALIZATION IS AN IMPERATIVE NOT AN OPTION
UNCTAD Public Symposium 24 - 25 June, 2013 New Economic Approaches for a Coherent Post-2015 Agenda
A New Global Partnership.
The Report of the UN Secretary General’s High-Level Panel on Post 2015 Development Agenda: “A New Global Partnership” calls for the post-2015 agenda:  to drive five fundamental transformative shifts, to build multi-stakeholder partnerships, to forge a political consensus .

Implementation of an integrated approach to poverty reduction and sustainable development, in this age of globalization, requires policy coherence and the political will to create a strong partnership between national and international stakeholders: including governments, legislators, employers, workers and the financial system and also academics and civil society representatives:
Cookie Policy
A cookie is a small text file that a website saves on your computer or mobile device when you visit the site. We use proprietary and third-party cookies to improve your experience and our services and analyze the use of our website. By clicking "ACCEPT" or navigating this site, you accept the placement and use of these cookies for these purposes. To learn more about our cookies, please visit our Cookie Policy
These cookies are essential so that you can move around the website and use its features. Without these cookies services you have asked for cannot be provided.
These cookies are less critical to the website function. They allow the website to remember choices you make to give you better functionality and personal features. They may also be used for measuring your visits on our sites.
×